Head of the Microrobotics research group at ISIR 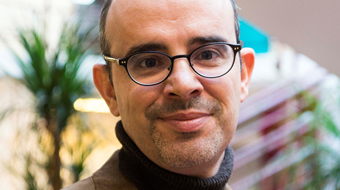 Head of the Microrobotics research group at ISIR
http://people.isir.upmc.fr/regnier

Stéphane Régnier is the head of the Microrobotics research group at ISIR. His research is focused on micro-robotics, micro/nano-manipulation and haptics for the micro and nanoscales. He is associate editor of IEEE Transactions on Robotics, IEEE Transaction on Robotics Letter and the International Journal of Bio-Micro-Mechatronics. He was leader of several scientific projects in France (e.g. MITEMA, PACMAN, LEMA). He was also involved in several national and European projects (e.g. NANORAC, GOLEM, REMIQUA). He is author of seven books, seven chapters of book, 80 scientific articles, seven international patents and 110 international conference papers. In 2015, he became Senior Member of the IUF (The Institut Universitaire de France).

All session by Stéphane Régnier